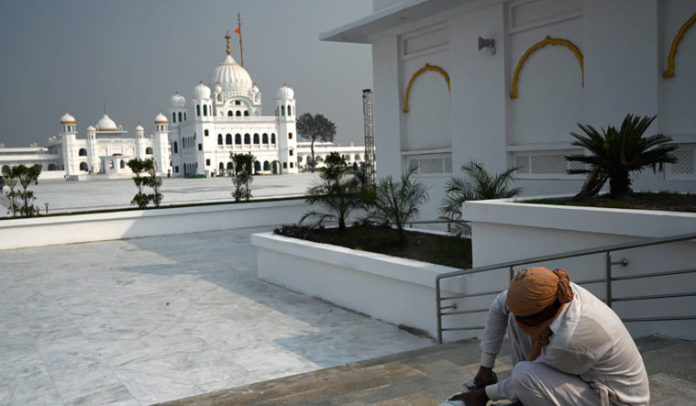 Kartarpur Gurdwara Sahib Corridor is going to Open for Indian Sikhs on 9, November 2019. Pakistan Prime Minister Imran Khan waived the condition of Passport and 20$ fees for the Indians but after 9 November they still have to pay 20$ Fees.

Access to Kartarpur Sahib now become easy for the Sikh pilgrims. Sikh community is much happier and they are very thankful to Army Chief Qamar Javed Bajwa, Novjet Singh Sidhu, and especially Imran Khan to make this dream possible for the Indian Sikhs community.

No doubt Kartarpur Sahib is very important for the Pakistani and Indian Sikh communities. Pakistani Govt makes it possible for Indians to enter Pakistan’s territory without any Visa or Passport, it’s a very good initiative from the Govt of Pakistan and the PM of Pakistan and now Kartarpur Sahib Corridor is going to open on the 550th Birth Anniversary of Baba Guru Nanak Sahib. Pakistan always plays an important role in peace with its neighbor and this mega project will close the people of two-nation after 72 years.

Baba Guru Nanak was the first guru of the Sikh religion, he founded Kartarpur in 1504 CE on the river of Ravi. He died in 1539, Hindus and Muslims both were the followers of Baba Guru Nanak as he was always teaching about Peace and harmony and humanity he spends the last years of his life here, Kartarpur is Situated in Shakarhgarh which is a district of narowal Punjab Pakistan. Now Kartar Pur Gurdwara becomes the world’s largest gurdwara

Corridor will open early in the morning at 7:00 AM and will remain open till 2:00 PM after this entry will be close. Pilgrims can stay till 5:00 PM

Free Transporation will be provided to Sikh Pilgrims from Indian Border To Darbar Sahib which distance is 4.5 Kilometers