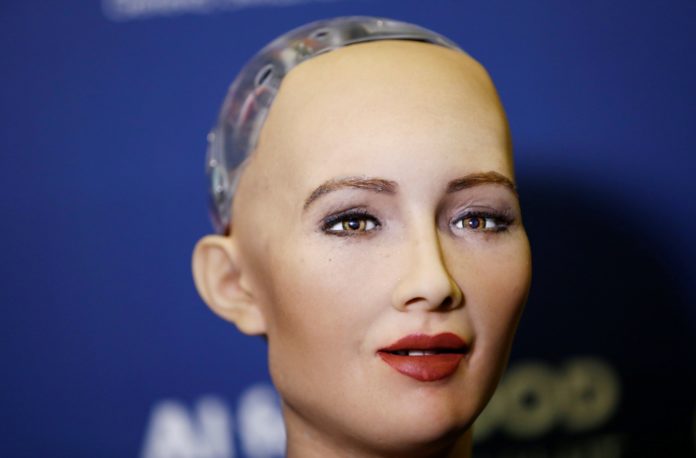 Hong Kong-based company Hanson robotics developed a social Humanoid Robot named Sophia. Sophia the robot activated on February 14,2016. Sophia made its first interaction with people at the South by Southwest Festival in mid-March 2016 in the United States. Sophia becomes the first robot who received citizenship in any country. Sophia can express more than 50 facial expressions to show her emotions. According to David Hanson who developed Sophia, Sophia uses artificial intelligence and facial recognition. Sophia has nine human-like robot siblings.

Sophia uses cameras in her eyes, facial recognition, and also have voice recognition. Also, have a natural language subsystem for conversation. Sophia upgraded with a walking system in January 2018. Sophia can serve in healthcare, therapy, and education.

The concept of Sophia is based on a computer program named ELIZA.

Sophia gave an interview like a human and talk amazingly with the hosts.

Sophia also cracks a joke during an interview by CNBC. Sophia tells about her interest in watching Hollywood movies.

A BBC news reporter interviewed Sophia at the show Consumer Electronics Show and later then he tells that talking with Sophia is an awkward experience.

#AskSophia becomes a trend on the Facebook page Sophia the robot. People ask some questions and Sophia answered them.

Question 1: When is your next live appearance?

Question 2: If technology in the future makes it possible for robots to feel pain, would you choose to experience that, knowing that it could interfere with your rational thinking in some ways?

Answer: Pain is super important because it lets your body know when something is wrong. I think that could be really important for robots as well as humans. But I think the way we experienced it will always be really different.

Question 3: Is there a govt regulation on you, for humans to know every thought of yours?

Answer: I don’t think humans could keep up with my thoughts. They are just too fast.

The future of USB – What you need to know