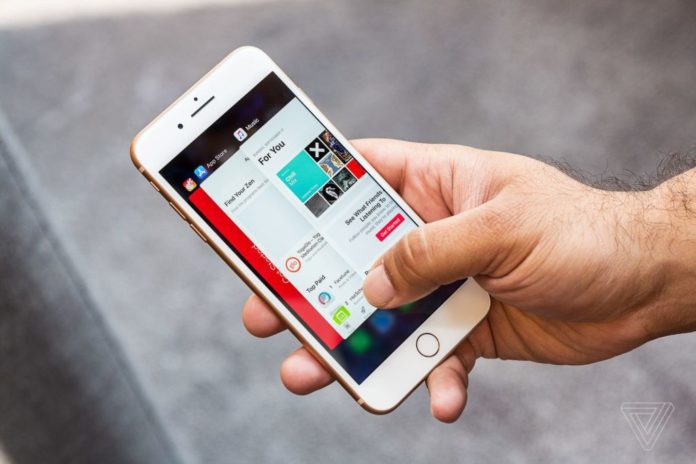 iPhone has recently launched a new version called iPhone X (pronounced iPhone 10). A few important specs of the iPhone X are it is available in 64GB/ 256 GB and the display size is 5’8”. It has a 12 MP wide-angle camera. iPhone X has introduced a True Depth camera with 7MP. Like iPhone 7 it doesn’t have any jack for earphones.

The most important one is that this time there is no Home Button on the iPhone X’s screen. Another major thing is that there is a notch on the top center of the screen. You don’t notice it while switching through apps, scrolling through Twitter and Instagram.  Applications have to get upgraded to fill up the display around the notch. There are still many applications that still haven’t been upgraded yet and you can recognize them because they have a big black screen on the top and the bottom like you were using the application on the iPhone 8. Slowly all the applications will get upgraded to embrace the notch.

In the new iPhone, there is no fingerprint reading. They have replaced fingerprint reading with face recognition. Face recognition is almost as good as perfect but it has some limitations. The science behind face recognition is that it works by bouncing thousands of little infrared dots off your face back into the sensor and creating a map of your eyes nose and mouth. It doesn’t actually use the front-facing camera and thus it can learn a change in your face over time and even recognize you if get a haircut or shave a beard or put makeup on. None of this has a huge effect on the dot map made of your face. It also won’t be tricked by a picture of you that doesn’t have a depth of your face. But Face-ID has known to fail when there is too much-infrared light coming in basically from the sun. It’s like a dim flashlight doesn’t really work when it is bright similarly Face-ID is going to get blinded by all the extra infrared light then you just have to type your passcode.

iPhone X has introduced Animoji which is maybe the most fun feature of the iPhone. They are animated emojis which are tracking facial moments and most of all they are iPhone X exclusive. You can’t get these Animojis on any other iPhone. So if someone sends you these then you know the person is using an iPhone X. If someone sends these emojis to an Android user, they will get a video message of Animoji.

iPhone X has also introduced wireless charging. Apple will soon be launching its own charging pads by which we can charge our iPad, iPhone, and Apple watch but for now, the iPhone users have to use a third-party wireless charging station.