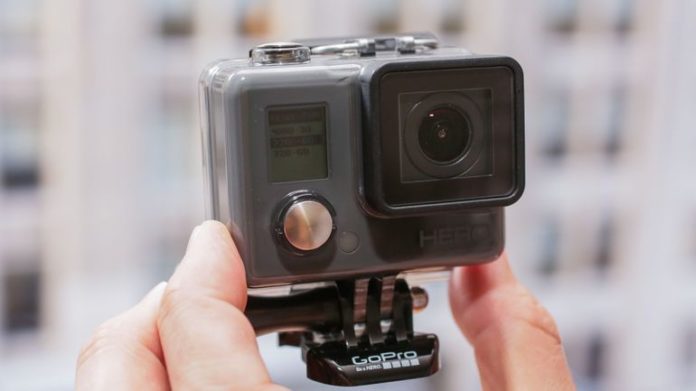 GoPro Hero 6 is a small and compact HD video recording device. It is water and shockproof. You might have seen videos of people swimming underwater or falling off a cliff. All these videos are made from cameras like GoPro. GoPro 6 itself is a compact and portable device but it comes with a lot of accessories which makes it more famous and useful. GoPro gets easily attached to the accessories with screws. The most important accessory is the head strap which is placed around the head with a GoPro attached in the center of the forehead. In this manner, the GoPro is situated right above your eyes and the camera can capture all the scenarios as you are looking through your eyes.

The latest version of HERO 6

Recently GoPro has launched its new version called HERO 6 which costs around 500$ whereas the price of HERO 5 was 400$. The new GoPro is very identical with respect to its shape to its previous version HERO 5. It has got the same chassis as the old one.  The body is made up of mostly rubber and hard plastic shell which is going to be really durable. It has got a 2-inch full-color touchscreen display on the back which is used for previewing media, looking at a shot you are about to take, and also for changing the setting. Now the question is is it worth spending 100$ extra for the newer version?

It is water-resistant down to 10 meters without using an external housing unit. It also has three microphones and the software automatically tries to find the best audio for you. It has the best microphones of any GoPro so far.

It does have the exact same battery capacity as HERO 5. When you switch it to 4k, it is going to drain the battery life quickly.  So you might want to consider getting a few extra batteries if you plan on pushing 4k really hard.

In 4k 60 modes, the new hero6 uses the HEVC codec the same as used in newer iPhones running IOs 11. GoPro uses HEVC to do space-saving at 30 frames per second.